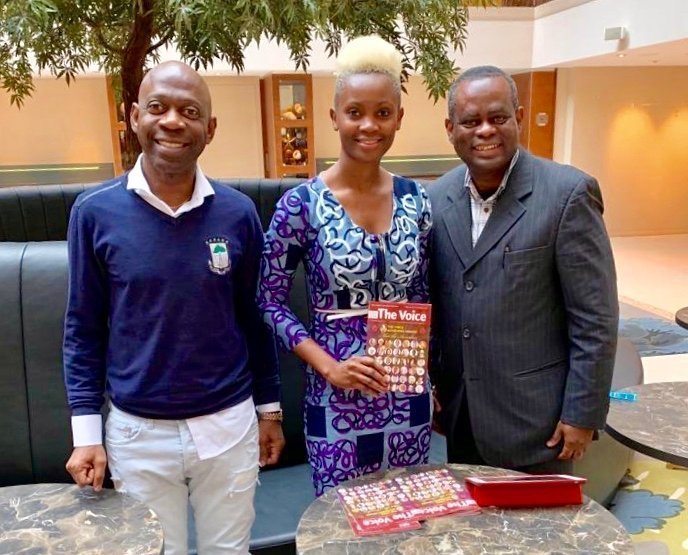 As we announced a few days ago, the ceremony for the Best President Award is expected to take place in Brussels in 2020. The President of Equatorial Guinea, Teodoro Obiang Nguema Mbasogo, is among the favorites. The other three potential winners are Uganda’s President Yoweri Museveni; from Rwanda, Paul Kagame and Senegal, Macky Sall

The Ambassador for Belgium, the Netherlands, Luxembourg and Denmark, Carmelo Nvono-Ncá, fervently supported the candidacy of President Obiang, for which he went to The Hague (Netherlands) for a meeting with the director of the magazine ‘The Voice’, Pastor Elvis Iruh, representing of one of the most influential publications of the African diaspora in Europe.

Throughout the meeting, Nvono-Ncá was able to expose the various achievements completed by President Obiang, both at national and international level. Likewise, the Ambassador has exposed the pan-American and humanist nature of his interventions while recalling the integrity and courage that animates the African president.

It was the Ambassador’s first visit before traveling to the other ten countries to meet with different Panafrican NGOs that are expected to elect and present the final conclusions to the executive committee of the prize.