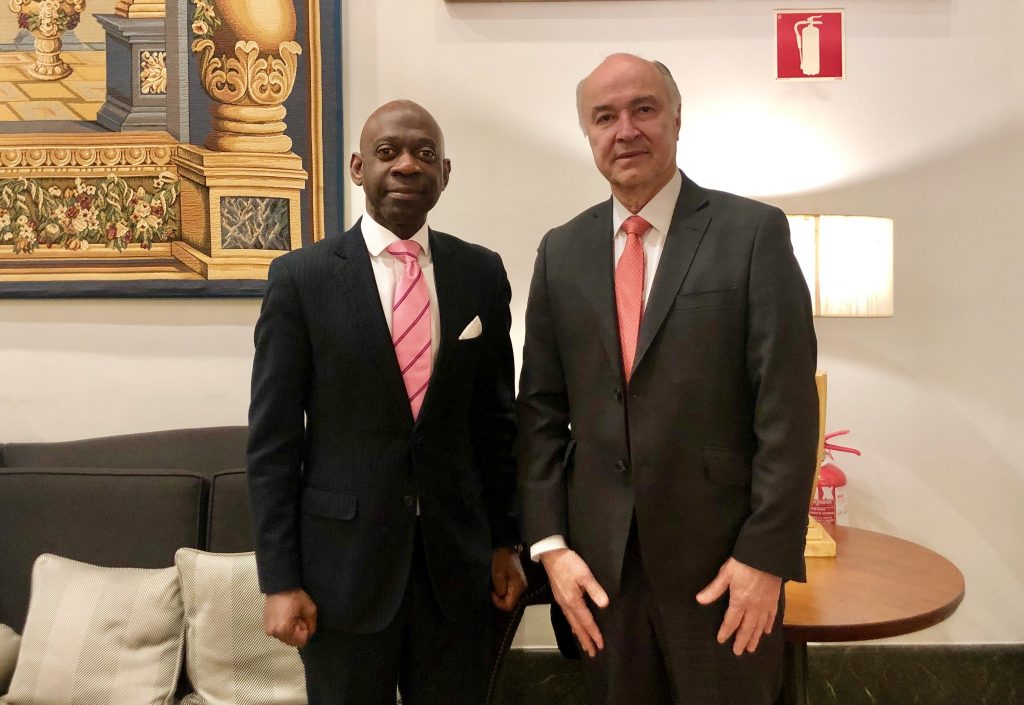 Equatorial Guinea’s ambassador in Brussels, Carmelo Nvono-Ncá, met in Madrid with the Secretary General of the Conference of Latin American Ministers of Justice (COMJIB), Enrique Gil Botero, as well as the rector of the prestigious Society for International Studies (SEI), Juan Solaeche, to confirm Equatorial Guinea’s interest in being an integral part of this large group of senior justice officials from Latin American countries.

As Nvono-Ncá assured throughout the meeting, “Equatorial Guinea is a properly organized and structured country that amply meets all the legitimate conditions to awaken interest in belonging to this noble institution”. It was in 2016 when Ambassador Nvono-Ncá started this process, which is so important for our country, following the guidelines and instructions of His Excellency the President of the Republic.