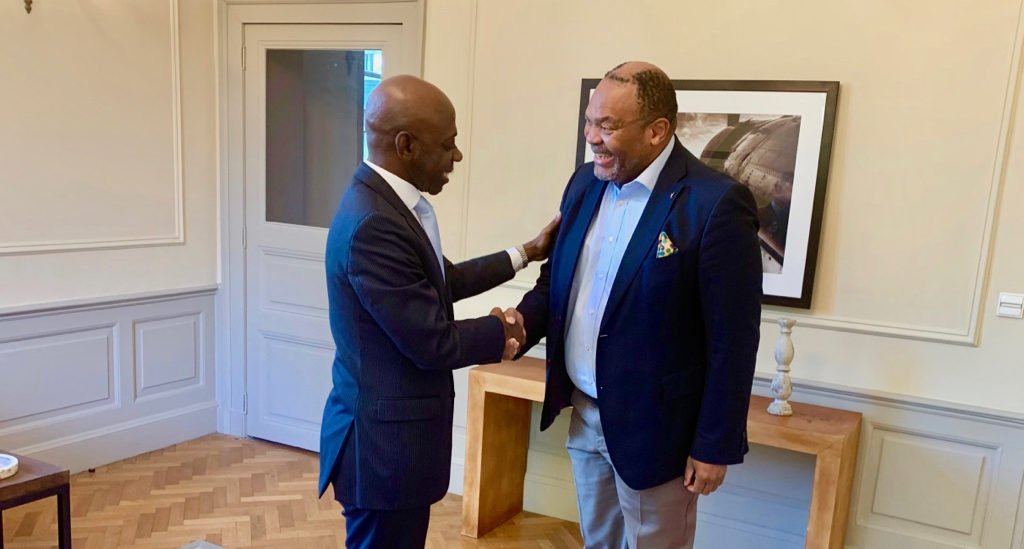 The Belgian Senator Bertin Mampaka, originally from Congo, has received in the Senate the Brussels-based Ambassador of Equatorial Guinea, Carmelo Nvono-Ncá, with who he raised the President Teodoro Obiang’s candidacy to the important award “ Best President ”, which will acknowledge in 2020 the best President in the history of Africa.

During this the fruitful meeting, Nvono-Ncá seized the opportunity to recall the reasons why the President of Equatorial Guinea is best positioned as the future winner. Mr. Mampaka, on the other hand, acknowledged the merits of President Obiang to become a strong candidate for this award, which is expected to be appointed later this year and delivered throughout 2020 in the European capital.