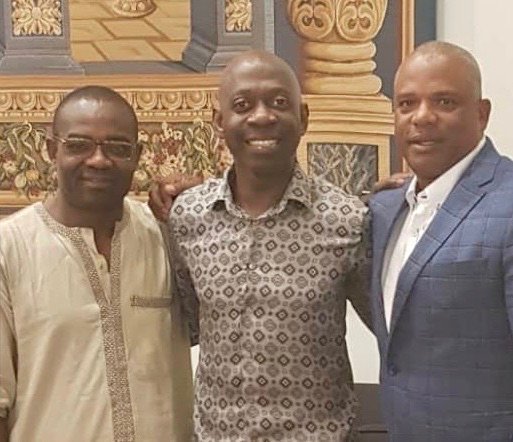 As we have been reporting on this website since early this year, several Pan-African civil society organizations across Europe are designating a new international award that will acknowledge the hard work of a Head of State and honor him as the Best President in the world.

In this regard, the Brussels-based Ambassador of Equatorial Guinea, Carmelo Nvono Ncá, has held a productive meeting with Guillermo Ponce, President of the Afro-Hispanic Association and Simon Nong, International Director of the Nostrum Global Association. The discussions mainly focused on the President Obiang’s candidacy to the Best President Award. This prize will award an African leader for his sustainable contribution to and for the development of Africa. This award, born from the will of the African diaspora residing in the European Union, will grant importance to values ​​such as success, influence, solidarity and leadership to designate the best African President alive from African independence.

Ambassador Nvono-Ncá has already won the support of the African diaspora in Italy, Belgium, Germany, the Netherlands, Luxembourg and now also Spain, after several months of intense talks. According to the words of Ambassador Nvono-Ncá, “President Obiang has done so much for the African continent that the only way to reward him is through recognitions like these ones.”

March 26, 2020 Nvono-Ncá meets in London with senior officials of the US Army