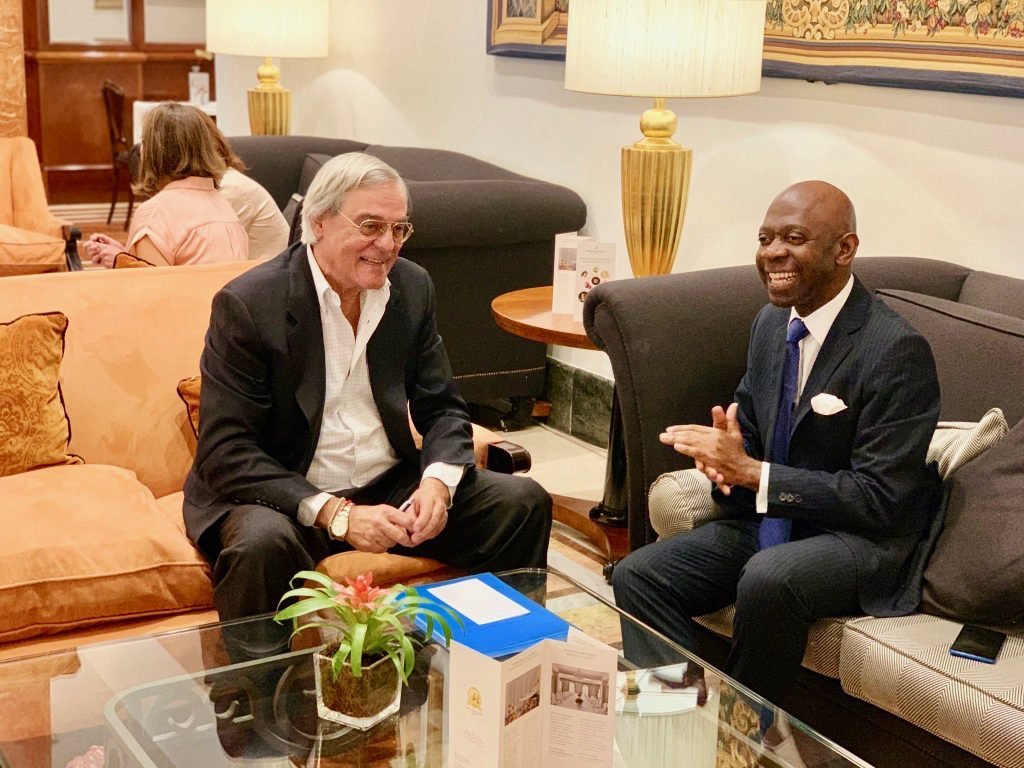 After the announcement last July, which officially informed that the Democratic Party of Equatorial Guinea had risen as an observer member of the International Centrist Democratic Parties (IDC-CDI), a strong international platform composed of the Christian Democratic political parties and the most influential social Christians around the world. In this regard, the Brussels-based Ambassador of Equatorial Guinea, Carmelo Nvono-Ncá, has met with Alberto Ruiz Thiery, the IDC Africa Coordinator.

The meeting, which mainly focused on the rising need to find sustainable formulas that allow the African continent to have a greater prominence and impact in the world, should be seen as another token of President Obiang’s commitment to this important political, strategic global partnership, and his commitment to remain a key stakeholder within this fora.

June 2, 2020 The sanitary material that the Embassy will distribute among its colony arrives in Brussels