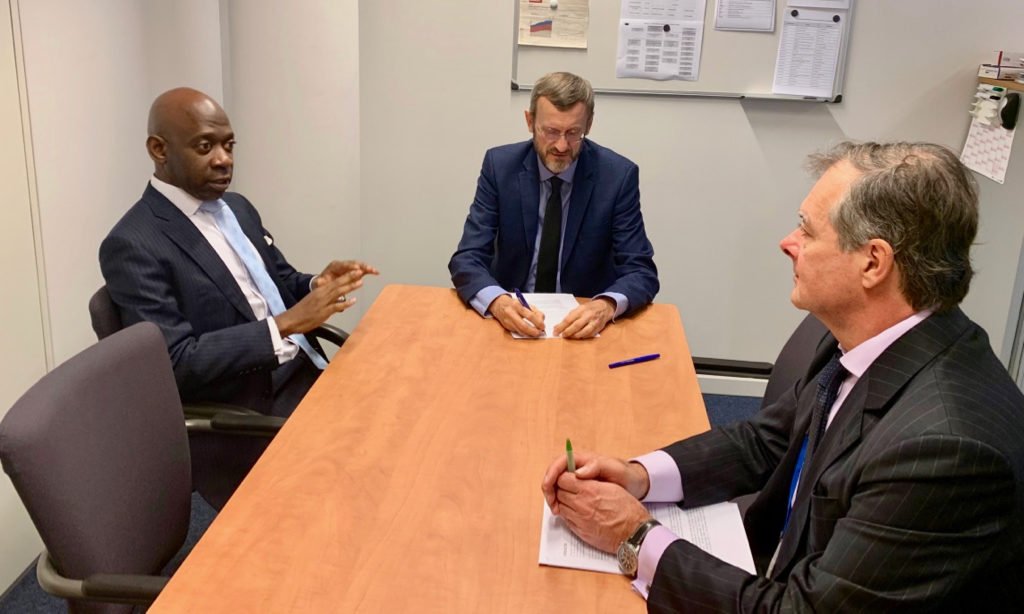 The Brussels-based Equatorial Guinea’s Ambassador, Carmelo Nvono-Ncá, had a crucial exchange with Gerardus Gielen, Director General for Africa at the European External Action Service (EEAS) from the European Commission. The relations between Equatorial Guinea and the European Union are steadily strengthening given the strategic rol our country is assuming regarding the rising issues of insecurity, piracy and illegal traffic that are occurring in the Gulf of Guinea.

This concern of the European Union regarding the maritime issues has renewed the commitment of Equatorial Guinea, which has also recently strengthened its cooperation with the London-based International Maritime Organization (IMO).