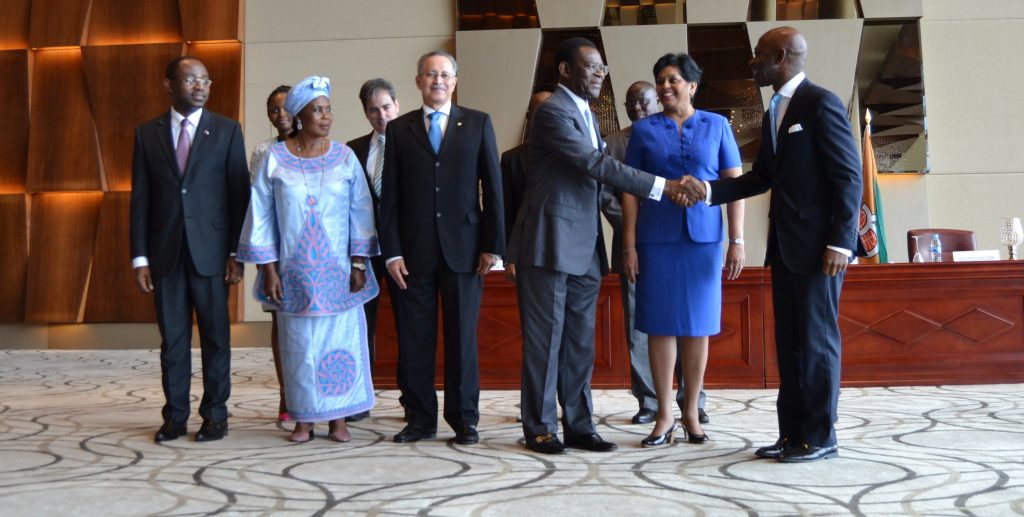 After years of negotiations and months of preparations, the African, Caribbean and Pacific South-South and Triangular Cooperation Office has finally been unveiled the past 4 of October in Malabo.

This important institution constitutes the unique place foreseen for the exchange of best practices, experiences and informations for and by Southern countries, especially for the development of the 79 ACP Member States, all of them from 3 different continents. Within this new building a highly skilled technical team who will offer its practical know-how to ensure the best knowledge management while ensuring a political support.

The ceremony was headed by H.E. the President Obiang Nguema Mbasogo, who made a sincere statement to which atended highly ranked personalities such as the Prime Minister, the administrative coordination officer, Pascual Obama Asue, the PDGE Secretary General, Jeronimo Osa Osa Ecoro along with other diplomatic crew members such as the Brussels-based ambassador of Equatorial Guinea, Carmelo Nvono Ncá, the one who initiated the negotiations six years ago in the European capital. The ACP Member-States were represented on behalf of the Deputy Secretary General, Henrique A. Banze, the expert in charge of global economic and finance matters Bagnénou Lamien and the Cameroon’s Ambassador in Brussels along with the delegation chief, Daniel Evina Abe’e.

The President Obiang referred to this inauguration as historical before describing this South-South and Triangular Cooperation Office as the most salient token of Southern peoples and countries’ solidarity that is aimed at enhancing their respective autonomy and support their efforts to achieve the international Sustainable Development Goals foreseen in the 2030 Agenda.