Follow us :
Home » News » Equatorial Guinea will host the International Forum on Port and Maritime Security and Protection in 2021 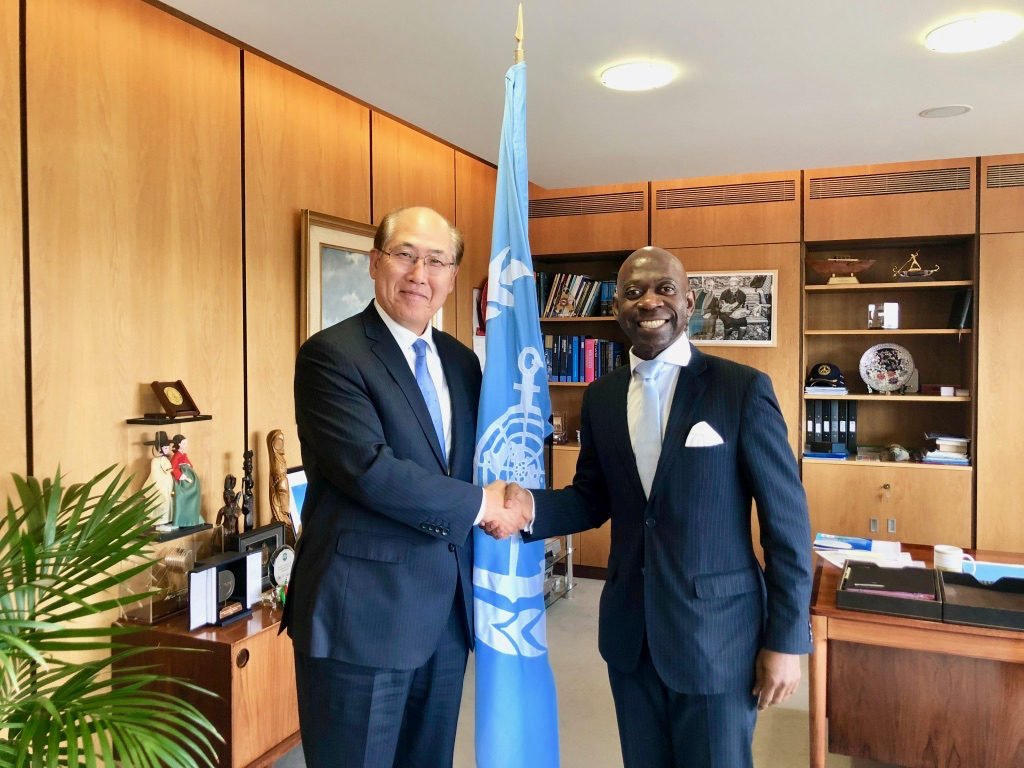 On the 11 of June, the Brussels-based Ambassador of Equatorial Guinea, Carmelo Nvono-Ncá, traveled to London for an important meeting with Koji Sekimizu, Secretary-General of the International Maritime Organization (IMO), a specialized United Nations which promotes cooperation between states and the transportation industry to improve maritime safety and prevent marine pollution.

Equatorial Guinea volunteered to host the 2021 International Forum on Port and Maritime Security and Protection (PBIP Forum). At this meeting, the Secretary General of IMO accompanied by a large number of maritime affairs has ratified this proposal, giving its approval to allow this important meeting on maritime security to take place in Equatorial Guinea.

Given the preoccupying instability in the Gulf of Guinea and the intensification of activities organized crime groups activities related to illicit traffic of drugs and weapons, it is essential that a country which, thanks to its stability, offers an international platform of so that state stakeholders can strengthen their joint actions on port and maritime security. After the ambassador has obtained the approval of Carlos Nicolás Scarpin, the IMO will endorse its decision so that the one that positions itself as one of the most important maritime forums takes place in Equatorial Guinea. in 2021.

June 2, 2020 The sanitary material that the Embassy will distribute among its colony arrives in Brussels