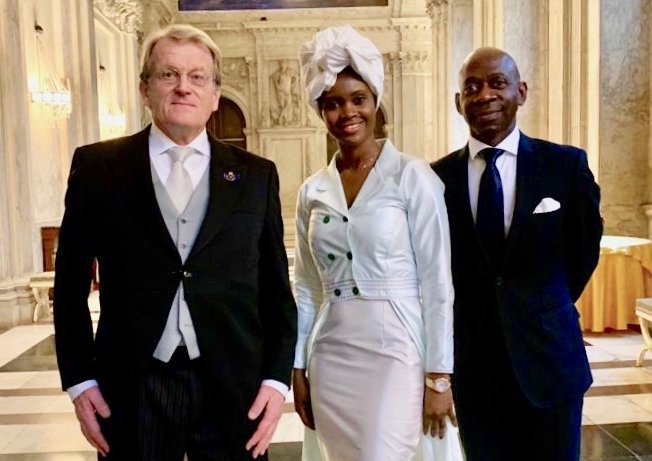 Various European countries are holding their New Year receptions for the Diplomatic Corps. On the 16th the royal family of the Netherlands, Their Majesties William Alexander and Maxima of Holland celebrated had a magnificent ceremony at the Royal Palace in Amsterdam.

The Equatorial Guinean Ambassador, Carmelo Nvono-Ncá, along with his wife, Perseveranda Mangue de Nvno-Ncá, attended the diplomatic ceremony both and could share a moment with Their Majesties, to congratulate them on the occasion of the new year, as well as transmit on behalf of HE President Obiang, their best wishes for their whole family. The African couple also exchanged a few words with the Chamberlain of the Royal House, Theo Röell.

Nvono-Ncá paid special attention when discussing with the Director General of Africa affairs of the Dutch Ministry of Foreign Affairs to stress the active role that Equatorial Guinea wants to play in one of the international organizations based in The Hague.