Follow us :
Home » News » Nvono-Ncá brings together the team of international lawyers to prepare the final session in the International Court of Justice 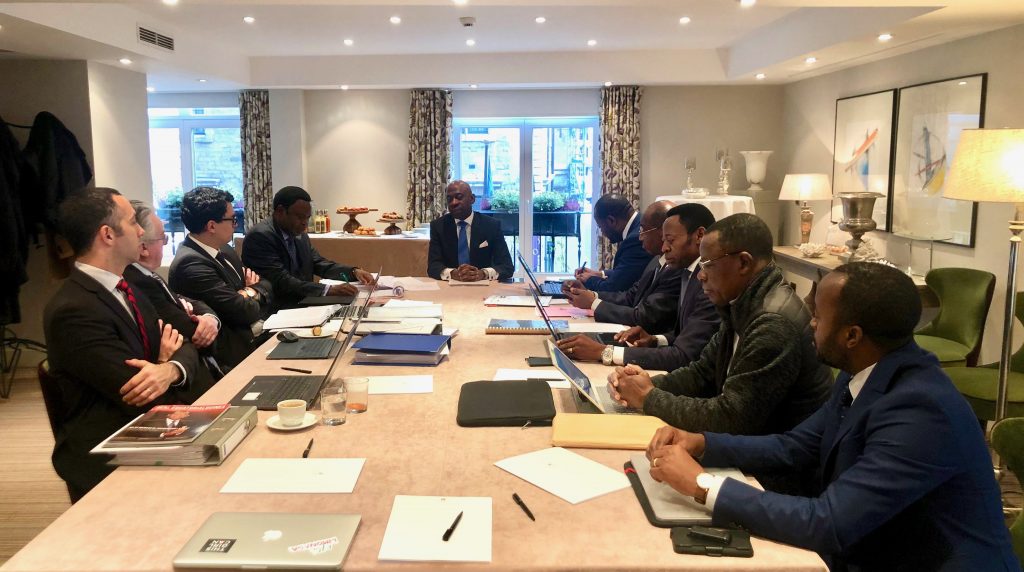 Next February 17 will start in The Hague, the last session of this important case opposing Equatorial Guinea and France before the International Court of Justice (ICJ), the highest justice body of the United Nations.
After five years of intense judicial process, our country is now preparing to initiate the last trial session, which should be followed by the final verdict announcement. Of course, and due to the relevance of the event, the Ambassador of Equatorial Guinea to the Kingdom of the Netherlands, and agent of our country to the ICJ, Carmelo Nvono-Ncá, has brought together the entire team of international lawyers to prepare the Work strategy of the last session of oral interventions. The Delegate Minister of Justice, Juan Olo Mba, has also been present with a team of experts from Equatorial Guinea.
ICJ France France ICJ meeting

March 26, 2020 Nvono-Ncá meets in London with senior officials of the US Army

March 17, 2020 Nvono-Ncá thanks the Ambassador of Lebanon for the excellent relations between the two countries