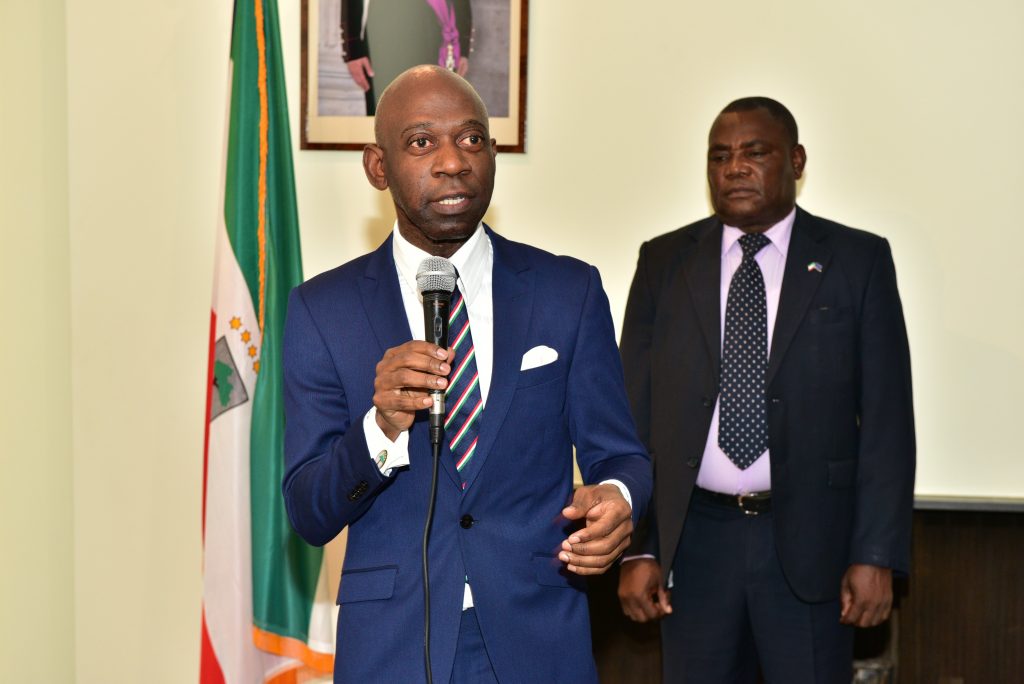 On the occasion of the celebration of this memorable date, I would like to express on behalf of the Equatorial Guinean community living in the kingdoms of Belgium, Denmark, the Netherlands and the Grand Duchy of Luxembourg, as well as the staff of the Diplomatic Mission and also in my own name, all the joy and pride of being able to celebrate another October 12 as a member of our great nation: the Republic of Equatorial Guinea

It has been 51 years since this October 12, 1968, when His Excellency initiated a historic process for the sovereignty and independence of Equatorial Guinea, paving the way for great progress for our country and for the African region in general.

As Ambassador of Equatorial Guinea in Brussels, I would like to seize this opportunity to pay tribute to His Excellency, in particular for the daily hard work and efforts which results could be observed in the privileged frame in which we are evolving.

Our country is progressively forging itself a leading position on the international fora, reinforcing the acknowledgement and visibility of Equatorial Guinea. For example, this year, the PDGE, the ruling party of the current executive body, has managed to become an observer member of the International Center for Democratic Parties (IDC-CDI), a powerful international association made up of most influential Christian and socio-democratic political parties in the world.

Equatorial Guinea, with His Excellency’s well-defined guidelines, is mobilizing great efforts in building strong ties with the rest of the world, demonstrating legitimacy, security and confidence, and positioning our nation as a reference, both regionally and internationally.

Also, allow me to renew once more our irrevocable commitment to continue collaborating in all the works and projects that S.E. entrusts us, because we know the result has always been, is and will be “FOR A BETTER GUINEA”.

With our highest consideration,