Follow us :
Home » News » Highlights » Nvono-Ncá is officially accredited in London as Permanent Representative to the International Maritime Organization 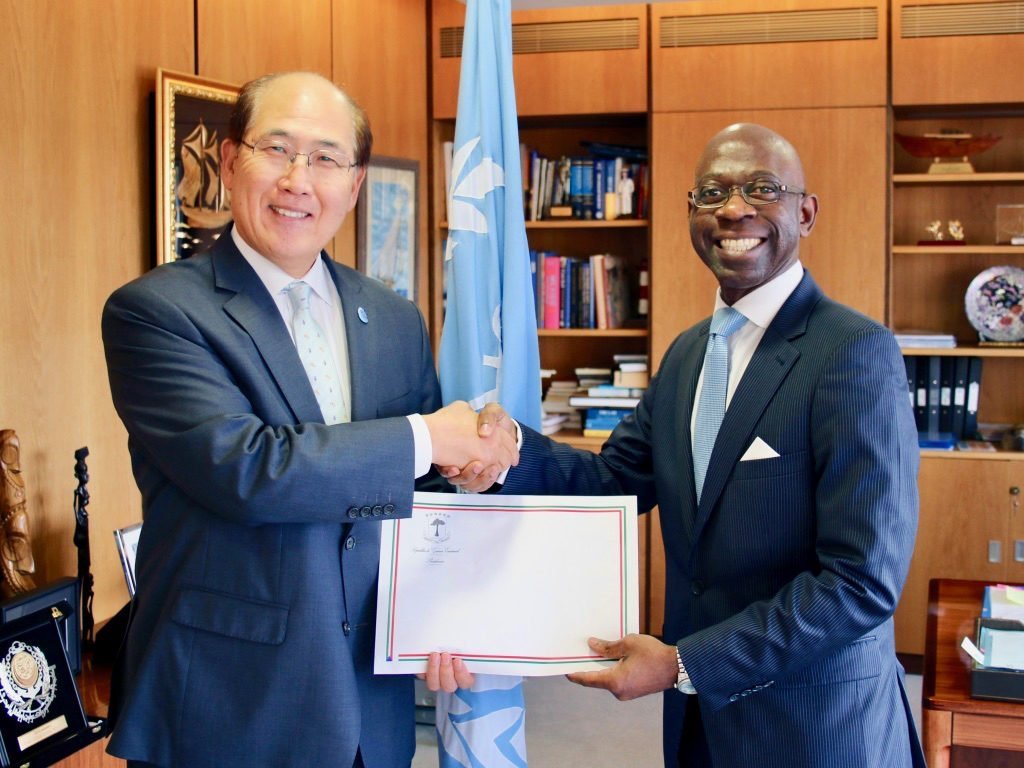 Despite the intense year 2019, full of success and objectives achieved, the Brussels-based Ambassador of Equatorial Guinea to the Kingdom of Belgium, the Kingdom of the Netherlands, the Duchy of Luxembourg, the Kingdom of Denmark, the European Institutions and The OPCW, Carmelo Nvono-Ncá, has just added a new step today: becoming the permanent representative of the highest maritime authority in the world, the International Maritime Organization (IMO).

With this new appointment, Equatorial Guinea’s foreign policy aims to improve relations with the United Kingdom; a remarkable power, both economically, politically and strategically, especially after the highly commented “Brexit”.

During the credentials letters ceremony, which took place in presence of the secretary general of the important institution, Nvono-Ncá stressed the increasing interest of President Obiang Nguema Mbasogo to strengthen the interests of Equatorial Guinea closer to those of his country. “Thus,” he said, “the goal is to gain time and strengthen its position in the fight against international maritime piracy, always seeking solutions with a wide array of strategic international partners”.