Follow us :
Home » News » Nvono-Ncá meets the Spanish ambassador to the EU 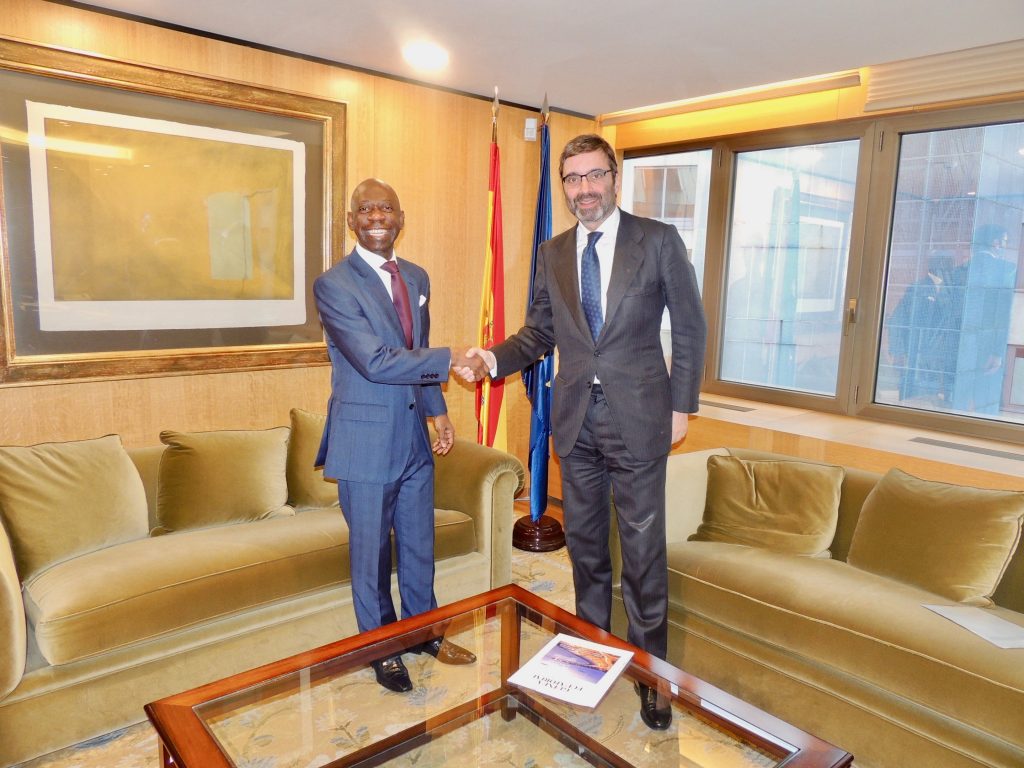 Nvono-Ncá meets the Spanish ambassador to the EU

Since the Embassy of Equatorial Guinea in Brussels, maintaining excellent relations with EU Member States has always been key priority. To that purpose, Carmelo Nvono-Ncá, the Brussels-based ambassador, held an interesting meeting with Spain’s Permanent Representative before the EU, Pablo García-Berdoy.

Throughout the meeting, Nvono-Ncá congratulated the Spanish diplomat for the new appointment of Josep Borell, Spain’s current foreign minister, whose new mandate as the head of European foreign policy will shortly come into force. On the other hand, García-Berdoy emphasized Spain’s propensity to support Equatorial Guinea as usual.