Follow us :
Home » News » Nvono-Ncá pays great interest in the situation of Chile and meets with its Ambassador in London 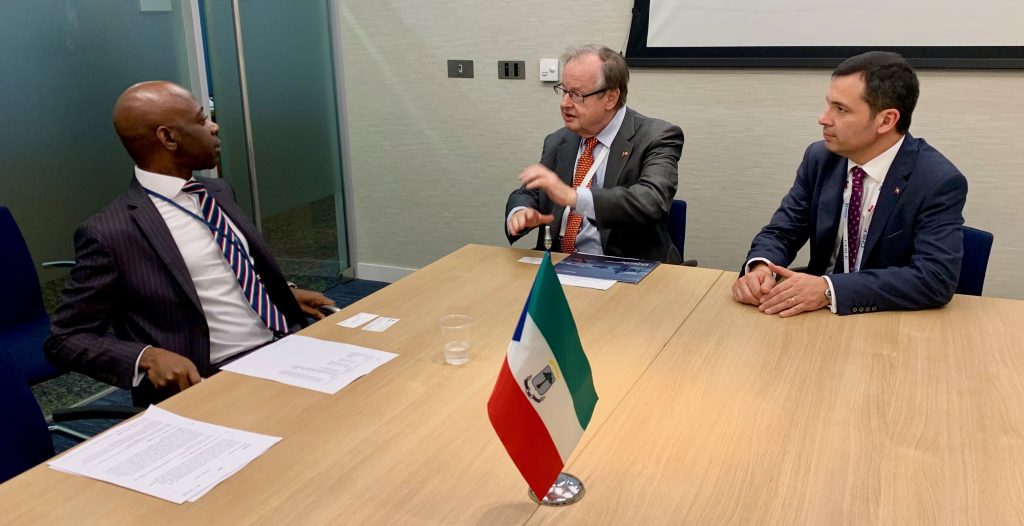 The Permanent Representative of Equatorial Guinea to the International Maritime Organization, Carmelo Nvono-Ncá, has met in London with the Chilean Ambassador to the United Kingdom, Da-vid Gallagher, to show his interest in the current situation the South-American country is going through. The African diplomat expressed on behalf of his country the wish that Chile recovers swiftly its stability.

Chile has been facing one of the biggest social-political crisis in the country’s history for several months. In the political spectrum, the Government of Sebastián Piñera has sought to appease citizens’ demands with a series of proposals, including a reform of the Chilean pension system, to which a new Collective and Solidarity Savings Fund, of a state nature, will be added among others.

February 25, 2020 End of the hearings at the International Court of Justice

February 20, 2020 Equatorial Guinea presents its conclusions to the International Court of Justice

February 19, 2020 France insists it did not violate the Vienna Convention related to the international relations

February 18, 2020 The last hearings of the case of Equatorial Guinea against France before the ICJ begin

February 16, 2020 The Equatorial Guinea’s delegation arrives in The Hague for the final sessions of the trial against France