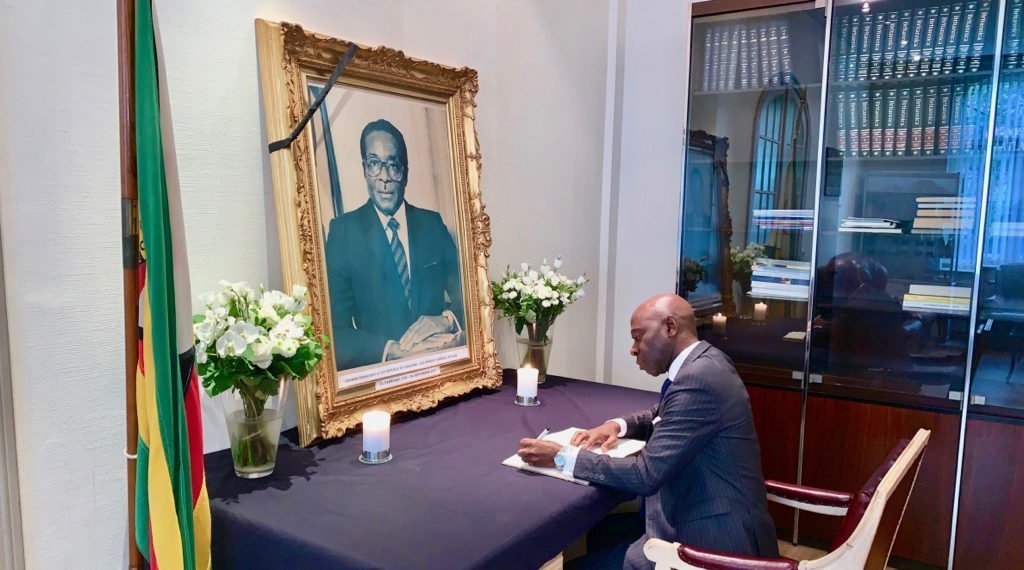 The Brussels-based Ambassador of Equatorial Guinea, Carmelo Nvono-Ncá, went last week to the Embassy of Zimbabwe in the Belgian capital to sign the book of condolences for the loss of the former President of the country Robert Mugabe on September 6.

The Ambassador seized the opportunity to talk with the Zimbabwe’s diplomatic representatives, to whom he conveyed his most sincere regret, both on behalf of the Head of State of Equatorial Guinea and of the entire Equatorial Guinean people.