Follow us :
Home » News » Nvono-Ncá starts talks with the Association of Jurists of Ibero-America 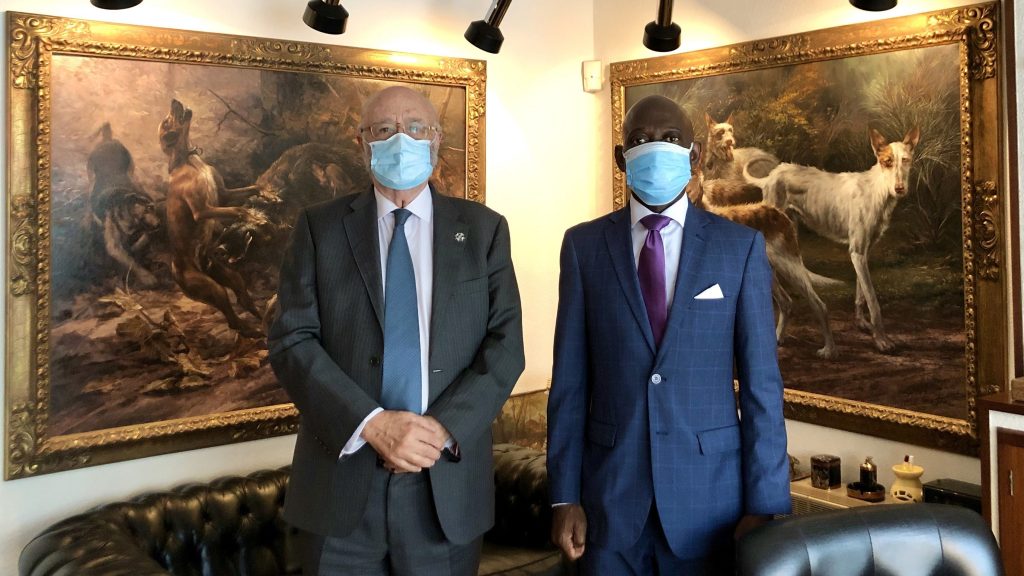 Equatorial Guinea has always been clear that the link of union with Ibero-American countries, fostered by all having Spanish as their official language, is unbreakable. Taking advantage of his visit to the Spanish capital, the Ambassador of Equatorial Guinea in Brussels, Carmelo Nvono-Ncá, has met with the Association of Jurists of Ibero-America, specifically with its Director, Andrés Guerrero.

The Association of Jurists of Ibero-America also focuses on the search, study, promotion and promotion of “Ibero-American Integration”, both nationally and internationally, in any sector related to the world of law. For all these reasons, Nvono-Ncá considers it essential that Equatorial Guinea becomes a member of this institution, to establish channels of cooperation and dialogue and also to adopt concrete projects and actions. For Equatorial Guinea, all action is little to ensure a solid democratic system, as well as an efficient, prompt, and equitable effective administration of justice that guarantees human rights and respect for legal security throughout the Ibero-American Community.