Follow us :
Home » News » The ACP Secretary General informs Nvono-Ncá of the appointment of the first Director of the Office for South-South and Triangular Cooperation in Malabo 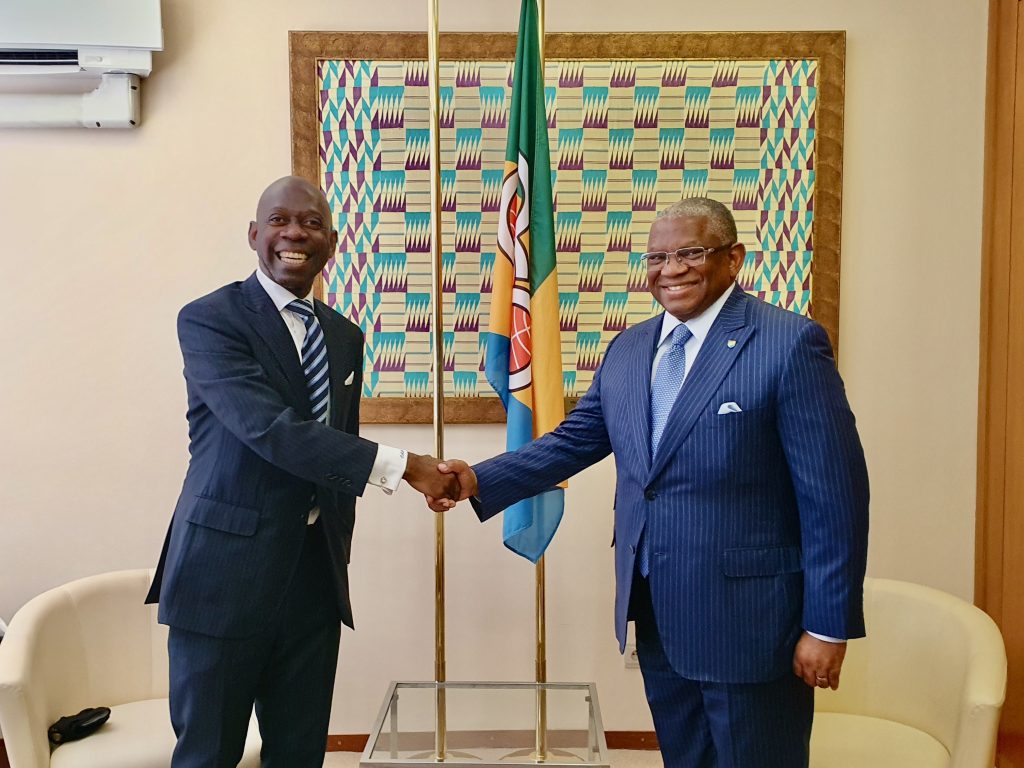 After the quarantine period that has been experienced throughout the planet, little by little the Equatorial Guinea Ambassador in Brussels, Carmelo Nvono-Ncá, begins to resume his frenetic work schedule. One of the first meetings he wanted to hold was with the Secretary General of the Group of African, Caribbean and Pacific (ACP) countries, Georges Rebelo Pinto Chikoti.

Equatorial Guinea has been the headquarters, for two years, of the group’s South-South and Triangular Cooperation office, which is located in Malabo. The Secretary General of the ACP group received Nvono-Ncá to personally report on the appointment of Patracie Nyongabo as the first Director of this important office, the only one in the world focused on this type of cooperation. The new director of the office will land in Equatorial Guinea between the months of September and October of this year to take office and start his mandate, once the consequences of the pandemic by COVID19 have subsided.

Due to the importance of the cross-cutting theme of South-South and Triangular Cooperation, booming throughout the world, which aims to change the paradigm and promote an exchange of resources, technology and knowledge among developing countries, for Nvono-Ncá it is vital to retake the work schedule of the important office, so that you can start working at your maximum capacity as soon as possible.

July 28, 2020 Equatorial Guinea, closer to becoming a member of the Association of Jurists of Ibero-America

July 20, 2020 Nvono-Ncá presents the expert of the Embassy that will be in charge of South-South and Triangular Cooperation

July 16, 2020 The Brussels Embassy’s team meets for the first time since the start of the Covid19 pandemic

July 14, 2020 The colony in Antwerp receives the protection material against Covid19 donated by the Embassy