Follow us :
Home » News » The Ambassador to the IMO and the EU meets with the world’s leading port management company 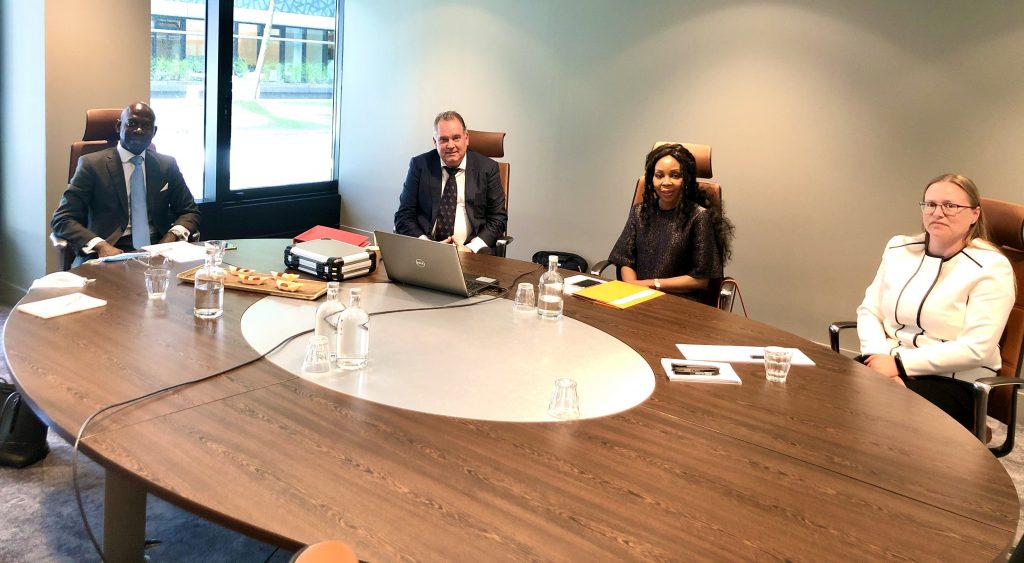 The port activity of a country is a key factor for its economic development and its international positioning, becoming a great strategic factor, mainly at the level of international trade. Shipping is economically and environmentally the most efficient way of transporting goods. Today, around 90% of world trade is carried by the international maritime industry.

The Permanent Representative of Equatorial Guinea to the European Union and the International Maritime Organization, Carmelo Nvono-Ncá, knows this, in the same way that he knows the enormous potential of Equatorial Guinea in this area, due to its magnificent exit to the sea and the area. geographic, tremendously strategic in Africa, where it is located. For all these reasons, the Ambassador has decided to take the great step of entering into talks with a large multinational in one of the world’s leading countries in the port sector: the Netherlands. With its meeting with the Euroc steering committee, Nvono-Ncá intends to take the first step on the path that will lead Equatorial Guinea to develop the activity of its ports, such as Malabo, Annobon and Cogo, at a level that allows it to be the reference in Africa at the port and international trade level.