Follow us :
Home » News » The Brussels Embassy’s team meets for the first time since the start of the Covid19 pandemic 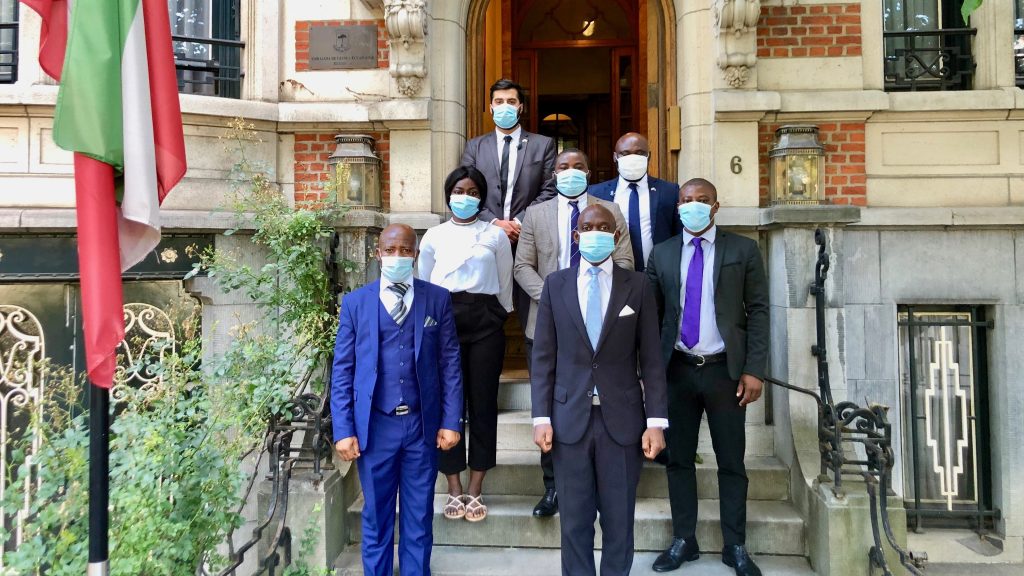 The entire planet has had to adapt to the modality of teleworking, due to the Coronavirus pandemic, which has brought with it months of confinement. Despite the fact that in Europe it is gradually adapting to the new normal, the authorities continue to recommend that the corporations that can afford it, keep their employees working from home.

This is the case of the team of the Embassy in Brussels, which continue to address the important objectivesthrough telework for this Diplomatic Mission, which covers the countries of Belgium, Luxembourg, the Netherlands and Denmark, as well as the institutions of the European Union, the Organization of African, Caribbean and Pacific States (OEACP) and the Organization for the Prohibition of Chemical Weapons (OPCW). However, last week the first face-to-face team meeting for more than three months took place, in which the Ambassador, Carmelo Nvono-Ncá, took the opportunity to analyze the progress of the main objectives of the year, as well as announced some of the new roles that some team members will begin to perform.

For the moment, following the recommendations, the team will continue to develop telework, although sporadically the Ambassador will convene joint work spaces to advance more effectively in the challenges of the year.