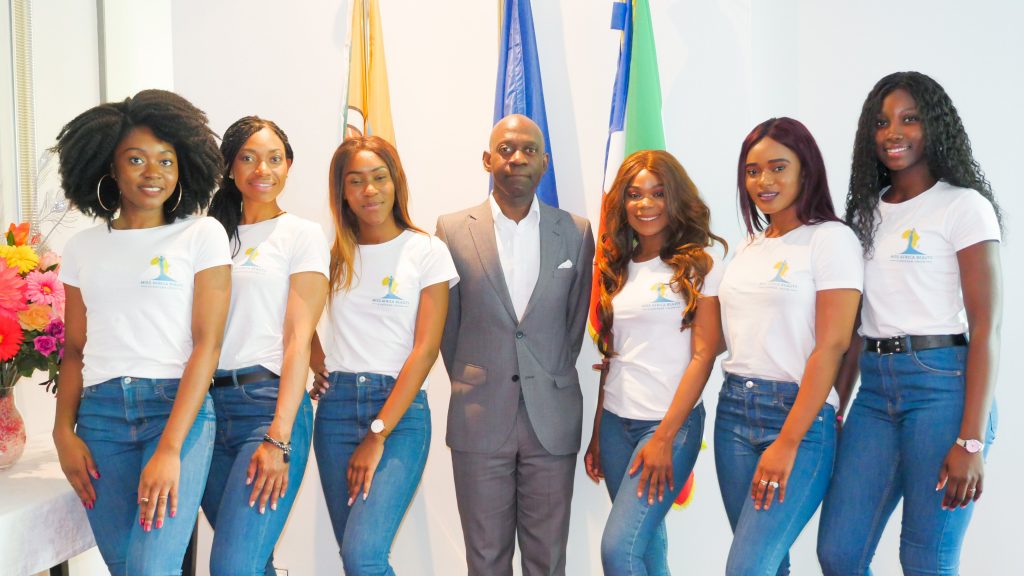 The participants of Miss Africa Beauty European Union in Brussels

The first edition of the Miss Africa Beauty European Union contest will take place in Brussels on December 14 and as previously informed, Equatorial Guinea is the main sponsor of this initiative, which not only focuses on looking for the African pearl  in Europe, but is above all a unifying act and a tribute to Euro-African diversity.

The preparatory activities of the competition taking place at the end of the year, the seven candidates of Miss Africa Beauty European Union travelled to the European capital.  The competitors are have scheduled a series of meetings with political representatives and other representatives from the community executive. Within the frame of their heavy agenda,  the seven finalists were granted the opportunity to visit the residence of the Ambassador of Equatorial Guinea in Brussels, Carmelo Nvono-Ncá, where they were invited to a pleasant dinner. Nvono-Ncá did not hesitate to encourage the participating girls to face the important challenge and stressed their responsibility to fully represent the African continent in the best possible way.

Carried by humanist values, this contest is also a way of collecting disadvantages for disadvantaged populations. The funds raised by the association Promotion of Women in Africa, organizer of the contest, will be used to implement several philanthropic projects on the African continent.