Follow us :
Home » News » Working day with the Permanent Representative of the International Organization of the Francophonie 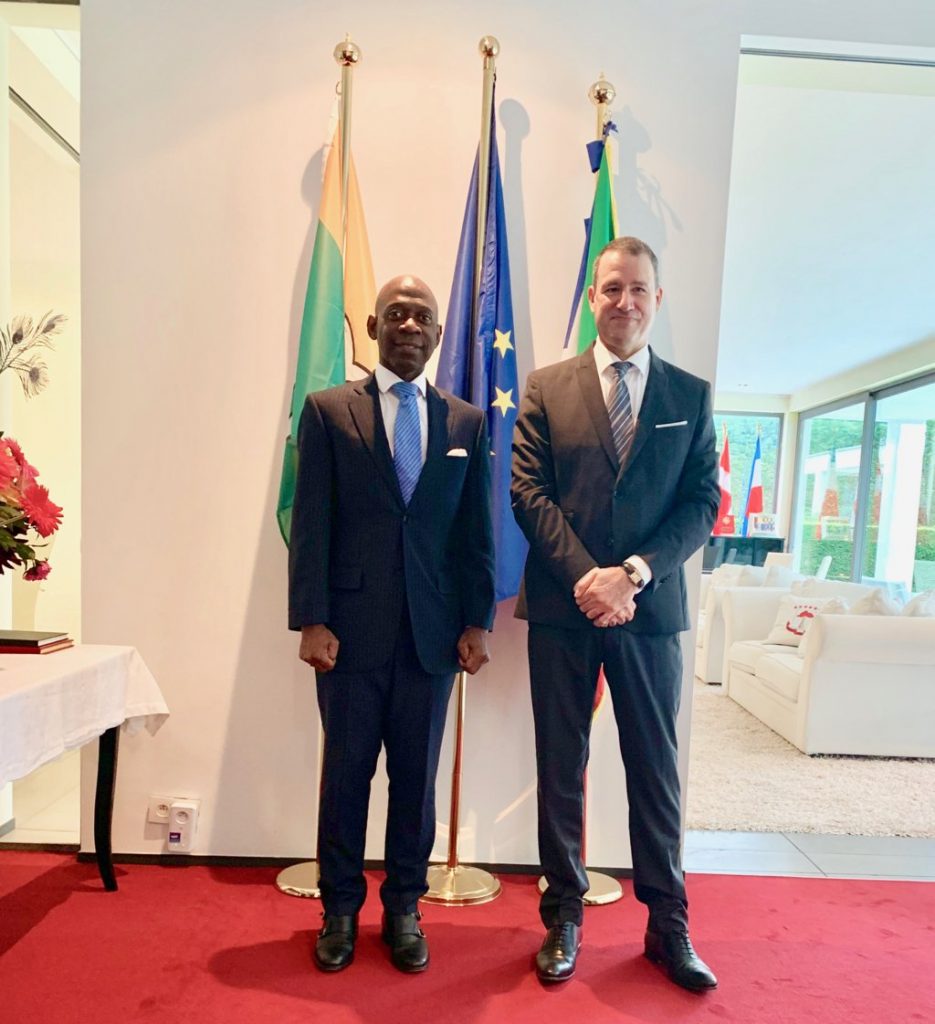 As we all know, Equatorial Guinea is a polyglot country, with multiple official languages, including French. Therefore, the Brussels-based Ambassador, Carmelo Nvono-Ncá, in charge of the relations with the French-speaking countries, as well as with their institutions, has held a working breakfast with the Permanent Representative of the International Organization of the Francophonie before the EU, Stéphane López.

The objective of the meeting has focused on analyzing the agenda of activities of the organization, with a special focus on the Heads of States’ Summit scheduled for 2020, as well as the 50th anniversary of the organization. Stéphane López has strongly called for a direct collaboration with Ambassador Nvono-Nca to increasingly strengthen the relations with the Francophonie. For its part, Nvono-Ncá recalled his French counterpart “the importance and priority for Equatorial Guinea to maintain excellent relations with the people and with the French state, architect of the creation of this important organization which unites under its umbrella all the countries that make up the Francophonie ”.